The Gillian Dickinson Gallery provides a dedicated space for showcasing the work of young people and offers young people the opportunity to engage with the heritage of Darlington Hippodrome. 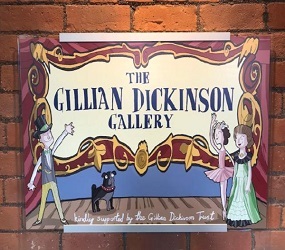 On a broader scale the aims were to:

- Make Darlington a better place in which to live, work and to visit.

- Make a significant contribution to social, economic and cultural strategies at local and regional levels aimed at strengthening and regenerating both Darlington and the Tees Valley including the creation of new jobs and economic impacts estimated annually at £11.57m

- Deliver a fundamental role in Tees Valley’s bid to be 2025 City of Culture.

The original cost for the project was £12.3 million, however due to additional work identified during the restoration the final full cost was £13.7 million with major funding contributions from Heritage Lottery Fund and Darlington Borough Council. The remaining funds were received through significant donations by grant making trusts and foundations, corporates and a small number of private donors.

The theatre re-opened under the new name ‘Darlington Hippodrome’ on 17 November 2017 with an official ribbon cutting ceremony. We then opened the doors to the general public on 18 November 2017 with a week long run of our sell out opening show, ‘Strictly Musicals 2’.

This brand new public gallery was created by utilising the space that was previously occupied by dressing rooms. Due to an extended footprint, the dressing rooms have now moved back of house enabling us to open out the front of house spaces for public use. The Gillian Dickinson Gallery provides a dedicated space for showcasing the work of young people and offers young people the opportunity to engage with the heritage of Darlington Hippodrome.

The first exhibition to appear in the gallery was in partnership with the Graff Club. Formed in 2016, the Graff Club is a group of young people in Darlington aged 7 – 17 who have been producing amazing graffiti work with artists in the north east. As part of the Hippodrome’s opening programme, the Graff Club was invited to create the first public exhibition for the Gillian Dickinson Gallery, taking inspiration from the theatre’s heritage to make work that displays their talents through a variety of artistic mediums and techniques. The theatre worked in partnership with Blue Cabin, Sage Gateshead and Darlington Borough Council Children’s Services team to deliver the project successfully.

I would like to take the opportunity once again to thank the Gillian Dickinson Trust for their generous donation which has enabled the creation of a fantastic public gallery and will create some valuable engagement opportunities with young people. 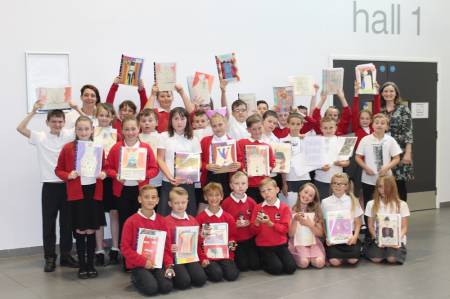 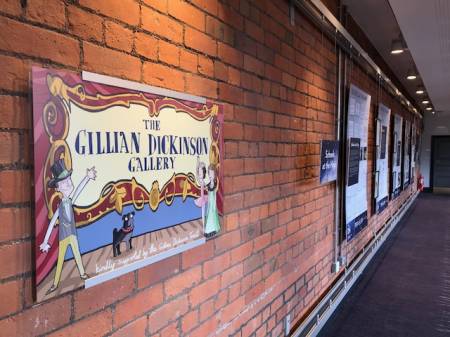 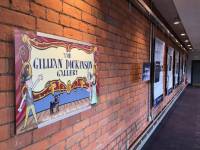 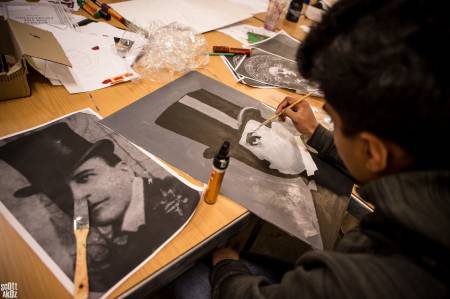 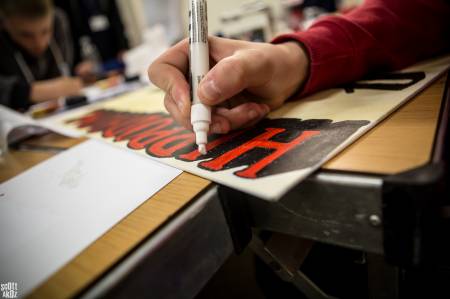 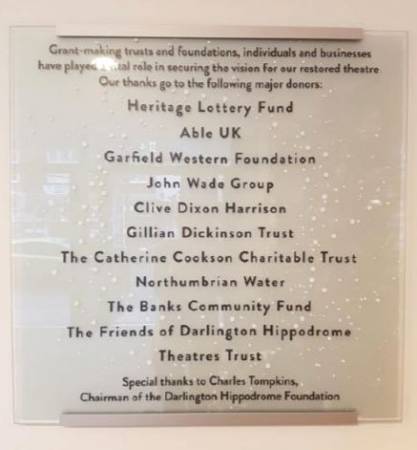 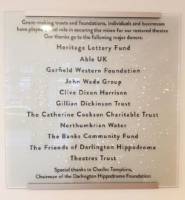