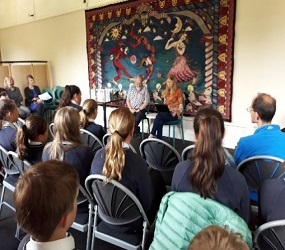 Hexham Book Festival (HBF) welcomed four children’s authors from Baltic Countries to Northumberland to talk about their work and their own culture to groups of young people in schools with particular reference to borders. Building on the British Council’s 2018 programme to bring Baltic writers of adult fiction to the south of England, HBF focussed on Baltic writers of Young Adult fiction and brought them to the north of England for a residential week based in Shepherd’s Dene, there they were joined by Fiona Shaw, Senior Lecturer in Creative Writing at Northumbria University and by translators based in the UK.

The authors and translators visited schools to deliver talks and workshops and to encourage the young people of Northumberland to look at contemporary borders both here and across Europe, exploring what they mean to their contemporaries in other parts of Europe and to successive generations.

Each of the four authors and translators and spent a day Seaton Sluice, Tweedmouth, Bellingham and Haltwhistle Middle Schools. Thirty young people aged 9 – 13 from each school enjoyed motivating and inspiring talks and workshops – these were students who had been identified by the heads of English as those most likely to benefit from the authors’ visits.

The authors talked with students about the country they are from, where it is/what other countries border with it/impact of neighbours/what the country is like. They brought 3 items from home which expressed how they feel about their country and what the items mean to them. The participating students also brought in 3 items from home which they felt helped identify where they are from, so that a more interactive discussion could take place about respective countries/borders.

The students were given the opportunity to discuss the impact of Borders, to learn about Baltic Countries, and encouraged them to cross borders in their own imaginations in their writing. 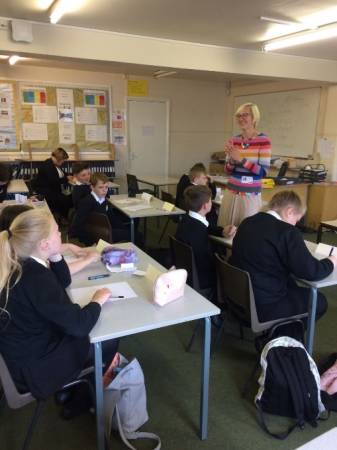 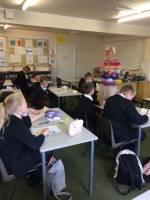 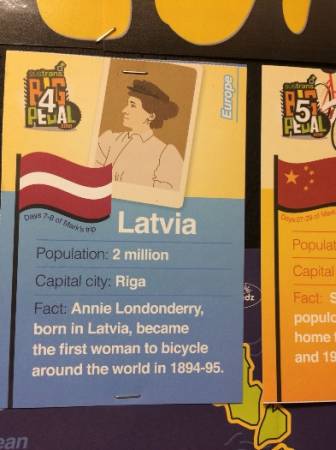 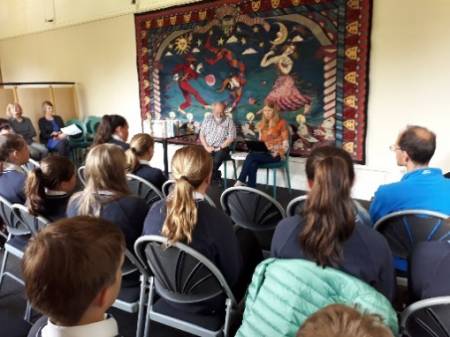 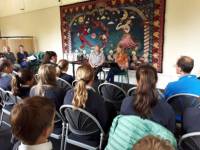 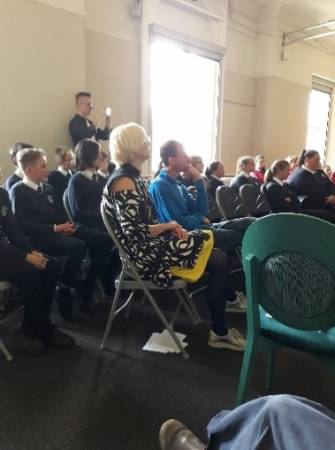 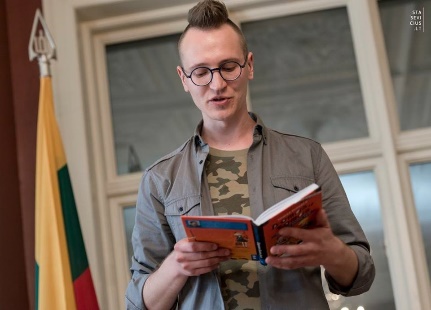