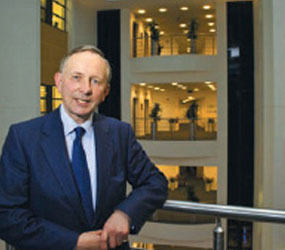 After graduating as an engineer from St Andrews University, Adrian worked for several years as a mining engineer in South Africa and on the Namibian skeleton coast diamond field. On returning to the UK he re-qualified as a lawyer and became a partner with Dickinson Dees  in Newcastle. In 2006 he retired as a senior partner in order to join Headline Pictures Ltd, which he had co-founded the previous year. He recently retired from Headline Pictures after 11 years as Chairman. He is currently Chairman of Samling Institute, and a trustee of a number of charitable trusts.